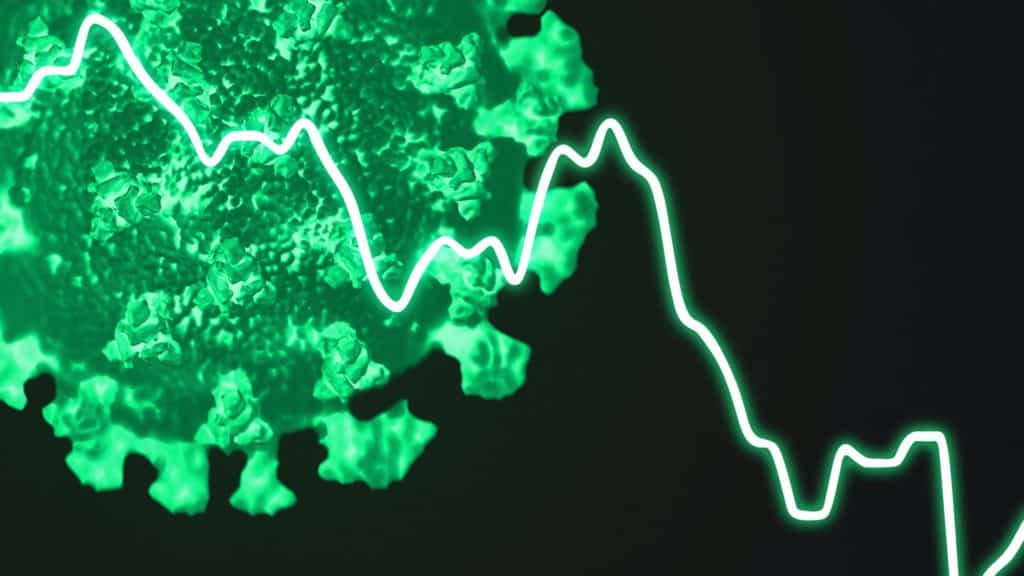 Experts in epidemiology and global catastrophic risks were well aware of the “ticking time-bomb” created by the combination of bat-borne disease and exotic animal consumption in China’s wet-markets. Yet, few in healthcare, business, and government expected the timing of the nightmare scenario that has unfolded across the globe.

The rapidly developing and continually changing situation required businesses to adopt new processes and pivot strategy faster than ever before. Rock-solid scenario planning took a back seat to agility, speed, and creativity.

As businesses create goals and set expectations for the final quarter of a challenging year, those who anticipate further changes and prepare for rapid adjustments will be best positioned to seize opportunities once a vaccine (hopefully) becomes widespread in 2021.

Just like the recovery from the 2008 Financial Crisis, the recovery from COVID shutdowns has been uneven on geographic, class, and racial lines. Data from Pew Research and Harvard’s Opportunity Insights center show rippling job loss for the poorest Americans and reduced spending for wealthier Americans. The ripple effects of this divergent recovery have stalled the nation’s rebound.

“The recession has essentially ended for high-income individuals,” says Harvard professor Raj Chetty told Biden and Harris. On the other hand, the bottom 50% of American workers represent 80% of jobs still missing.

Small businesses in affluent big-city neighborhoods saw their revenue drop 70% in March and April, with many closing for good. Sunbelt states saw smaller declines than the Northeast, explained by less stringent lockdowns. While this has led to reduced economic declines, the impact on health is still uncertain.

In total, this trend indicates what Practical VC founder Aman Verjee calls a “K-Shaped Recovery”. The rich have recovered financially, although the service industries they support in major cities are permanently crippled. Poorer Americans, especially African-American, Latinx, and Immigrant workers and small-business owners, continue to bear the brunt of economic and health consequences of the disease. This geographic and class divergence will continue to shape post-COVID society.

2. Second Round of Stimulus

In a last minute push to appeal to voters before U.S. Election Day on November 3rd, congress is still pushing to close an additional round of stimulus. In unfolding news, Democrats have proposed a second round of $1,200 stimulus checks in their most recent bill and are in active discussions about this plan with Treasury Secretary Mnuchin.

Also on the table for the next round of stimulus remains another round of Paycheck Protection Program, child care funding, enhanced federal unemployment payments, and another bailout for the airline industry. These proposals all have bi-partisan support, although the total amount of stimulus will likely fall somewhere between the $1.2 trillion supported by President Trump and the $2.2 trillion in the Democrats’ proposal.

Just like the recovery itself, this stimulus will also have uneven effects, according to NYU Stern Professor Scott Galloway. Galloway cites that 80% of PPP funds last round went to 10% of “small” businesses. The $1,200 checks, say Galloway, functioned as steroids for Amazon and Walmart, who saw revenues skyrocket as consumer spending rebounded while brick-and-mortar competitors remained closed.

A second round of stimulus may similarly benefit primarily wealthy individuals, large small businesses, and ecommerce giants if the faults of the first stimulus are not corrected. Yet, the potential for another lifeline from PPP funds and the chance to capture consumer spending post-checks will be welcome news to most small businesses.

As economies continue to reopen across the country and many workers return to offices, the threat of a virus resurgence should have business leaders on alert and ready to adapt. With cooler temperatures on the horizon, activities are moving inside, increasing the risk of community spread.

“My feeling is that there is a wave coming, and it’s not so much whether it’s coming but how big is it going to be,” Johns Hopkins epidemiologist Eili Klein told the Washington Post.

Following the surge of cases in the Sunbelt earlier this summer, national numbers declined, thanks largely to increased testing and contact tracing protocols. Some signs that the virus is coming back in areas of the North East where it was largely contained, including the highest positive test rate for NYC since June, give reason for concern.

A model published this month by University of Washington’s Institute for Health Metrics and Evaluation predicts a spike peaking with a daily death toll of more than 2,800 in early December. By the model’s most likely scenario, 410,000 Americans will have died by the year’s end.

Businesses have an opportunity to improve their response to another surge and help keep their employees and communities safe. Acknowledging the risks of not taking the virus’s impact seriously prepares businesses to be ready for whatever changes a renewed outbreak will bring.

COVID is reshaping our urban geographies, as workers leave dense, overpriced urban centers in search of more space. With the option to work remotely and many of the perks of city life diminished, paying more per square foot in rent doesn’t make sense for millennial homebuyers and Gen Z renters.

While Zillow data released last month did not show that most suburban markets were strengthening relative to urban markets, COVID has sped up population contraction in several large cities. New York, Chicago, and Los Angeles all started showing declines in population growth beginning in 2015 according to the Brookings Institution.

Restricted home lending and economic difficulties following the 2008 crisis led millennials to search out opportunities in undervalued cities. As those opportunities dried up and long-term residents found themselves priced out, growth in cities stalled mid-decade.

Now even those new comers are reassessing. Older millennials are taking advantage of borrowing opportunities to find family homes in suburbs, while younger millennials and Gen Z, without significant credit, are moving home. For the first time since the Great Depression, a majority of young adults are now living with parents.

Planning for the Future

These data points together represent more than a set of trends. They comprise seismic shifts in our society. Most are accelerations of long-existing divisions and movements. All represent threats and opportunities for both B2B and B2C businesses.

The successful enterprises of the post-COVID economy will be those who remained focused on their guiding vision and core values while executing rapid strategic adjustments in response to changing situations.

Successful planning during this time requires a) An understanding of shifting trends, b) Ability to quickly craft strategy in response, and c) tools that allow rollout of new strategies quickly in an organization.

If your business wants to adapt strategy quickly and take your execution to the next level, talk to an Align advisor today. SCHEDULE A DEMO!