Following a drastic decline in membership after Hurricane Katrina, Entrepreneurs Organization (EO) Louisiana chapter struggled to rebuild membership base. When Erik Frank took over as board chair, he switched to Align to manage the chapter’s growth efforts. The results were a turnaround that saw the chapter become the region’s, and eventually the world’s, fastest growing EO chapter. 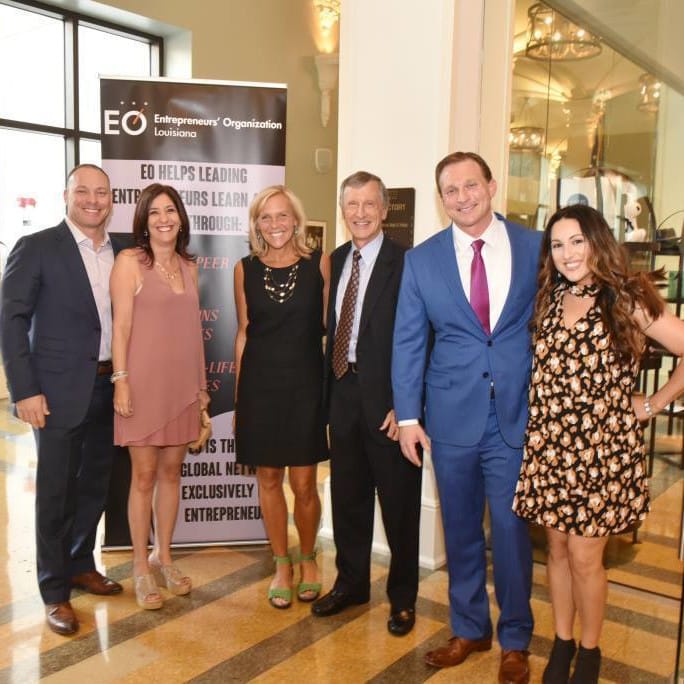 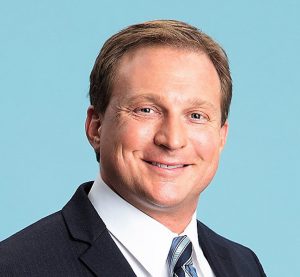 It all comes down to accountability. Can you hold your team and yourself accountable to doing the things you say you’ll do. It’s the hardest thing in business, and it’s also what Align does best.

That’s the mission of Entrepreneurs’ Organization (EO), a nonprofit founded in 1987 by 22 entrepreneurs led by Verne Harnish, whose books — and Scaling Up — compiled the guiding leadership and management principles thought to make John D. Rockefeller and his Standard Oil one of the great success stories in American business history.

EO’s founders saw the positive impact entrepreneurs could have on everything from national economies to local communities; but they also understood how difficult starting a business was, and they believed they had the experience to help.

EO brings business owners together to learn from each other and offers resources such as global events, leadership-development programs, an online entrepreneur forum, executive education opportunities and more.

And it’s working! Today, EO is a massive network comprised of more than 14,000 entrepreneurs in 193 chapters from 60 countries.

But not all chapters have had the same level of rapid growth attracting and affecting entrepreneurs in their regions. This is the story of one of those 193 chapters — EO Louisiana — who has climbed from a long stretch of challenging years following Hurricane Katrina to become the fastest growing EO chapter in the world.

When Katrina made landfall in August 2005, the storm and its aftermath upended lives and leveled entire communities. EO’s Louisiana chapter — like just about everything on the Gulf Coast — struggled in the months and years that followed.

“Before the storm, EO Louisiana had close to 100 members,” explained Erik Frank, the chapter’s current president, and an entrepreneur who built, scaled and successfully sold two New Orleans businesses. But, after the storm, they dropped down to as low as 30 member-entrepreneurs.

Erik got his introduction to EO in 2012, when he joined their Accelerator — a program designed to help early-stage entrepreneurs discover the tools to grow their business to more than $1 Million in revenue. “It changed so much about the way I do business,” he said, “it was so important to me.”

After hitting the $1 Million sales mark in 2014, Erik graduated from the EO Accelerator and joined the regular Louisiana EO chapter and its Board, serving as the Accelerator program chair for two years before transitioning to other roles.

His first five years on the Board, Erik admits, included a frustrating stretch for the chapter.

“We were just in this constant state of treading water,” he remembered. “No matter what we planned, we couldn’t get above 55 members. We’d gain six members, and then we’d lose six members. And it went on like that for years.”

The central EO office traditionally gives each of their chapters an annual roadmap that suggests what should be done, for example, in the year’s first 30, 60 and 90 days. That’s the foundation for a chapter’s strategic planning.

“We’d get the Board together and spend a day doing our SWOT analysis,” Erik explained. “Then we’d spend the second day coming up with our plan for how to proceed with that information. We’d leave the meeting with an idea of who was supposed to be doing what.”

But that’s where things started to fall apart.

Erik said, “The problem was, when we left the meeting, Board members got caught up in the day-to-day of their own businesses and we didn’t do the EO stuff we said we were going to do. A month later, we were already behind. It’s too easy to come up with a plan, put it in a binder and not look at it until the next meeting.”

Even with the strategic planning based on Rockefeller Habits — which all chapters use because of EO’s relationship with Verne Harnish — something was missing when it came to execution.

And Erik knew what it was.

And, when Board members didn’t follow through on what they said they’d do, the Board chair was left with a choice between two bad options: accept it and do nothing; or try and do everything themself.

“I’d talk to other chapter Presidents and they’d mention their frustrations with certain Board members,” Erik remembered. “They sounded so overwhelmed and they had nowhere to turn except to just do it all.”

Their frustrations took on a new urgency when, last year, Erik was elected to a two-year term to be a Board chair himself.

When he learned about Align’s strategic planning and execution software at a conference related to the Rockefeller Habits, he knew this was exactly what he was looking for.

Today, Erik and his Board are operating on a completely different level than they were a year ago.

“We’ve been talking about growing our membership for years,” Erik said. “It feels like forever since I joined the Board and we have talked about it literally every year. But we were never able to move the needle.”

But, in Erik’s first year as chair, EO Louisiana grew by more than 50% — making them the fastest growing EO chapter in the world, and putting them well on their way to hitting their goal of having 100 members by the end of his 2-year term.

What made the difference?

“The big change was Align,” Erik said. “We tried other software, but it wasn’t the same. It didn’t work for us.

“It all comes down to accountability. Can you hold your team and yourself accountable to doing the things you say you’ll do. It’s the hardest thing in business, and it’s also what Align does best.”

It started with the disciplined work of creating a small number of priorities for the organization.

Erik said, “We hear way too often — from other chapters, and our own — that EO is the best kept secret in town. We needed to change that.”

So he and the Board focused on three priorities they thought would address the problem: 1) do a better job of telling their story and communicating their work to the public; 2) double the size of the Accelerator program; and 3) double the size of EO Louisiana’s membership.

“Where Align’s software does its best work,” Erik said, “is in aligning all team members’ individual tasks with those big priorities you create.”

In the past, EO Louisiana’s 10 Board members would only focus on the things that were narrowly related to their official role. The Finance or Education chairs, for example, would have little to do with member recruitment.

“In a pre-Align world, they would have gone about doing their very specific duties. And we would have ended up with only three Board members working on our three recruitment priorities, while everyone else worked on the stuff we knew were important, but not one of our top focuses.”

But now that’s all changed.

“Align pushed me to make sure that the individual tasks of every Board member play a part in progressing our three big priorities. Now, every week, we have all 10 of us doing work directly aligned to our big goals.”

One of those big goals, for example, was to double the size of the Accelerators program. But Erik knew not everyone they invited would join, and that success would require meticulously tracking their progress through benchmarks.

As one part of that goal, they held an event (involving lamborghinis and flamethrowers, but that’s a story for a different day) with a goal of recruiting 10 new members. They decided that meant they needed to have 30 people at the event, which meant they needed to invite 150 people. To get every member promoting the benefits, they divided up the work needed to create 25 compelling social media posts, and each board member was tasked with directly inviting 10 people in their network to the event.

“That’s how we operate now,” Erik said. “We create goals and then we funnel that work down to the individual work of Board members.”

He believes Align plays a huge role in tracking benchmarks, and he thinks the software’s transparency taps into the competitive nature of entrepreneurs.

Not only could the Board view their progress on the dashboard whenever they’d like — they would also receive an Align-generated email every Monday morning showing them what they said they’d accomplish last week, and how they actually did. It’s one of Erik’s favorite features.

“On a Monday morning, I’ve got 700 work things on my plate and two kids to get to school. That email is a reminder to take 10 minutes to check in on the dashboard and see how we’re tracking toward our priorities.

“It’s like a scoreboard,” he explained. “In the same way a game of pick-up basketball changes when you’re keeping score, Align’s dashboard is our scoreboard, and everyone can see how we’re doing.”

If you’re on track to complete a priority on time, the software marks it green. If you’re not, it’s marked red.

“There’s no running and there’s no hiding,” he said. “Everything every member of the team is supposed to be accomplishing is out there in the open and updated in real time, and it creates a culture where you don’t want to let your teammates down.”

“In that way, Align brings accountability where it needs to be: front and center. And, as a result, after years of trying, we finally made the collective move to walk the walk instead of just talking about it.”

EO Louisiana’s incredible transformation hasn’t gone unnoticed. Because of their work, Erik’s chapter was recently honored with the announcement they would be the 2020 host for EO XCentric, a three-day conference for all chapters in the United States’ Central Region.

Align’s accountability measures are making it a valued part of the Accelerator program, and several members of EO Louisiana are turning to it as they continue to scale their businesses.

EO member, Ben Gootee, president and CEO of New Orleans-based Gootee Construction, has been using the platform with his company for more than six months. “Before Align, people knew generally what they needed to be doing,” he said.  “But these accountability tools are what gave us that extra 20% to really create attainable steps toward achieving our longer term goals.”

“I have no clue why everyone isn’t using Align,” he said. “It’s so easy,” Erik insisted. “It helps you understand your top priorities, and it makes sure everyone’s work is aligned to it.

“That was the difference for us, and I’d recommend it to any chapter or business struggling with the same challenges we had. With the right tool, I have no doubt you can grow exactly the way we have.”