The Litwiniuks had built their practice into Alberta’s leading personal injury law firm. When bothers Fred and Todd took over from their parents, they faced the challenge of maintaining the feel of a “family firm” through massive growth.

They found the solution to executing on their goals was getting the entire company using Align’s system of good business habits. 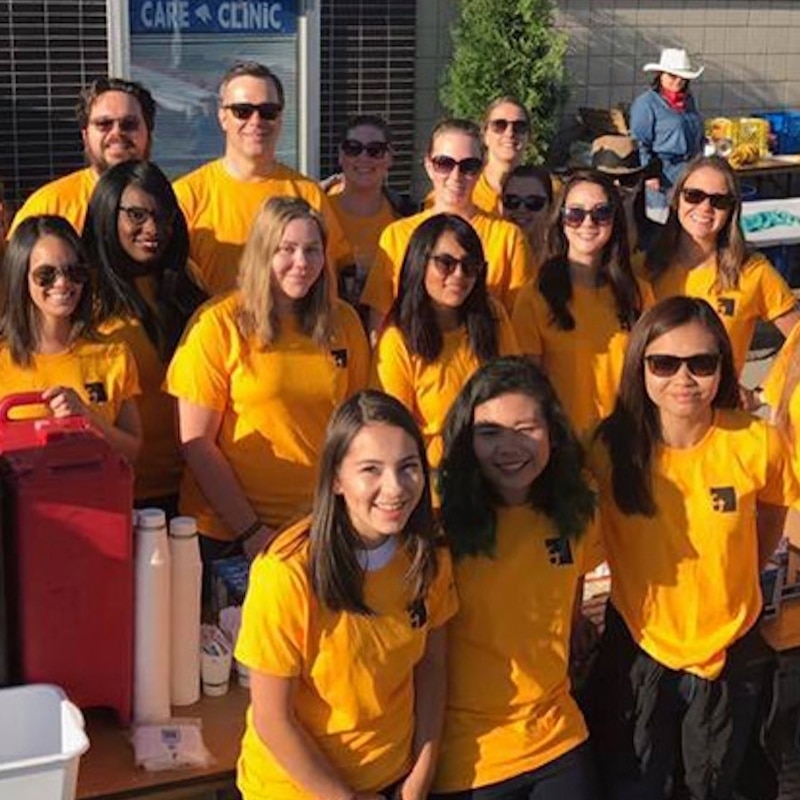 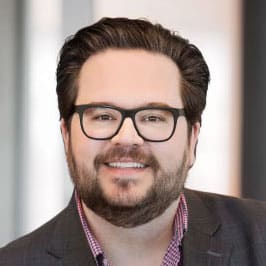 Years ago — before they knew anything about the Rockefeller Habits, Petra business coaches, or growth management software like Align — the Calgary-based personal injury law firm, Litwiniuk & Company, attempted to shift their office to a paperless case management system.

The change was important because digitizing their records would let more than one team member view a case at a single time, dramatically increasing the efficiency of the firm by allowing them to serve many more clients desperate for legal help.

“Before that, we literally had a person whose job it was to push files around the office, from one person to the next,” Fred Litwiniuk, the firm’s President, laughed. “It was ridiculous.”

Fred said the team lacked accountability back then. Who was the owner of searching for — and selecting — the right software solution to go paperless? Who was the owner of implementing and ensuring the company bought into that solution? What were the steps along the way? “It was a lot of confusion, and the result was a disaster. We spent a lot of money on a wrong solution that didn’t do what we wanted and needed it to.”

Something needed to change.

A lot has changed in the decade since Fred and his brother, Todd, took over Litwiniuk & Company, the firm their parents began 43 years ago.

“They started a business, and that’s an incredible thing,” Fred said, “but it’s even more incredible how much they were able to accomplish without the help of strategic planning.”

Take hiring, for example: “My dad began the firm, and — when it got too busy for him — my mom pitched in and eventually ended up running the place. When it got to be too much for both of them, they found someone else to pitch in, adding more people and pieces as necessary.  It was a good business, but there was no clear plan or way to take it to another level.  They didn’t have the luxury we had, which was time to work on the business and not just in it.  We’ve been able to build something great because of their solid foundation.”

Now running the company, Fred and Todd respected what their parents had done, but they also wanted to take their work and grow it into something more. They talked to consultants and read a lot of business books, but it was obvious that — to achieve the kind of results they wanted — they would need more help.

They’d find that help on the other side of the continent.

About two years at the helm of Litwiniuk & Company, Todd — who is the CEO — joined Entrepreneurs’ Organization (EO) — a collaborative association of entrepreneurs founded by Verne Harnish. Harnish is now most famous for his books, Mastering the Rockefeller Habits and Scaling Up, both of which are a compilation of the guiding leadership and management principles thought to make John D. Rockefeller and his Standard Oil one of the great success stories in American business history.

“We met Verne, and we were reading the books and meeting people, so we were interested,” Fred recalled. “But our turning point really took place at EO’s Executive Program out in Massachusetts.”

The Litwiniuks were at a session facilitated by Andy Bailey, an accomplished Petra business coach, known for his tough love, no BS approach to coaching. Petra is a leading business coaching program, and Andy is one of their best. His average client, for example, increases its revenue by more than 40% — and profits by more than 20% — after working with Andy for just a year.

Todd and Fred sat there sheepishly, because they didn’t have any of the strategic planning to which Andy was referring.. They left the conference humbled, but also energized, realizing some of the steps they needed to take to grow their company.

“But we went back to work,” Fred remembered, “and we didn’t do any of it. We got caught in the day-to-day weeds of running a business, and we didn’t have the mechanisms to hold ourselves accountable.”

A year went by with little progress, and the Litwiniuks knew what they had to do if they were going to scale their firm to what they dreamed it could be. “We hired Andy as a coach,” Fred said. “And one of the first things he said was, ‘You’re going to need to use this Align software. It’s how we’re going to track your progress, and there’s nothing better.’ That’s the moment everything changed for us.”

Something Litwiniuk & Company learned early with Align is that there is nothing more important to a company’s success than people and culture.

“If you get those things right,” Fred discovered, “then you can do anything.” And he also learned the two go hand-in-hand. “Align is all about clear accountability. When used correctly, Align’s daily huddles and dashboards make it so there’s never a question about who should be doing what, or about what — or who — is holding up a goal from being achieved.”

But not everyone wants that level of accountability. Some people prefer to hide from this kind of clarity, not willing to accept the pressure of responsibility that can come with it.

“They’d rather blend in. But Align makes that so much more difficult, and — in that way — it became a way for us to assess fit.” Fred said that if people had the inclination to “run and hide” from the increased accountability, then they’d often leave the company because the culture the firm wanted wasn’t right for them.

That turned out to be great for Litwiniuk & Company, because it opened up space for the kind of people who would thrive in their new culture.

As the employees who were attracted to the kind of culture Litwiniuk & Company wanted thrived, the culture moved farther in that direction. And the more the culture moved toward one of transparent accountability, the better the team got.

“It wasn’t long before we found ourselves with a team able to execute at a very high level,” Fred remembered. “And that’s when we were able to accomplish some pretty amazing things.”

A few years after Align was firmly part of the company’s culture, Litwiniuk & Company revisited their failed shift to a paperless case management system. They were determined to learn from past mistakes.

They identified 70 pieces of potential software that could help create a paperless office environment. They went through them all, narrowed it to three choices, and selected one. This time, it was the right solution and Fred said it dramatically increased the efficiency in which they can serve their clients.

“The second time was so different,” Fred explained, “and so much of that is because Align is designed to provide clear accountability. I owned the search. And that was right there on the dashboard for everyone to see. Our COO owned implementation. And, most importantly — because we made it a company priority — every employee had a part to play in getting this paperless system up and running.”

He said they made the system’s implementation a company-wide goal and logged it into Align. Everyone at the firm could see how their work aligned to the bigger goal.

“We were told it would take 18 months to implement,” Fred smiled. “It took us six months, and the automation that comes with a paperless system is changing our company for the best. We owe that, in large part, to Align. It literally aligned our 70-person firm around a common goal.”

Last year, Litwiniuk’s leadership team set a pair of extremely ambitious goals for the company. One of them had to do with revenue, and the other with the number of clients they could serve in a year. (They also offered a great reward to the company if the goals were reached, and — while we can’t share what the reward was here — trust us, it was enticing!)

The goals were not going to be easy — 40-50% growth on two massive targets for their firm,- and there was some initial skepticism about whether they were achievable.

“Something we do differently than a lot of companies,” Fred said, “is that we have every single one of our employees on Align. That had a ton to do with our success on these goals because it meant everyone could see real-time data on the benchmarks at any moment throughout the year.”

Fred said they had data from past years in Align, so they were able to use that information to determine seasonality, for example, to create the right benchmarks. They had the Align dashboard displayed in the firm’s cafe where they held their team huddle each morning. So, if, for example, something was holding up progress, everyone on the team could see what was causing that and felt empowered to offer solutions.

“But, when we hit our first quarter Benchmark,” Fred explained, “everyone on the team saw that, too. That created some momentum, and — as we hit every benchmark along the way — it was no surprise because all 70 of our employees could track it on Align in real time.”

Fred believes having a tool like Align creates a mindset hell-bent on achieving goals. “Everyone in the building understood how their daily work aligned with those two goals, and they understood how important their tasks were in achieving them. They saw and lived the progress every single day, and they felt accountable to it.”

Litwiniuk & Company has a new set of ambitious goals this year, and they’re planning to continue to grow on their Scaling Up journey. And, while they don’t know exactly what that future growth will look like yet, “We do know Align is going to have an essential part to play.”

“It’s the advice I’d give to any CEO — whether they’re starting an organization, acquiring one, or running one that’s been around for years: the Rockefeller Habits and Align are key. Without having a place to track our progress and our benchmarks, and without having a place for people to see them, and breathe them, and follow on them to keep each other accountable every single day — there’s no way we could have accomplished what we did.”