Larry Closs, CEO of MaxHome, was skeptical of how growth management software could actually help his company tackle the challenges of scaling. But he soon realized Align was the ideal tool for his team to implement the Rockefeller Habits model. Using Align, MaxHome forced focus around the key business priorities that mattered to their bottom line and reduced disruptive distractions.

By establishing clear daily priorities, MaxHome keeps both employees and customers top of mind. Ultimately, they realized their growth goals and created a system to see results. MaxHome increased sales nearly 400% and grew from 50 to 130 employees over a five year period. 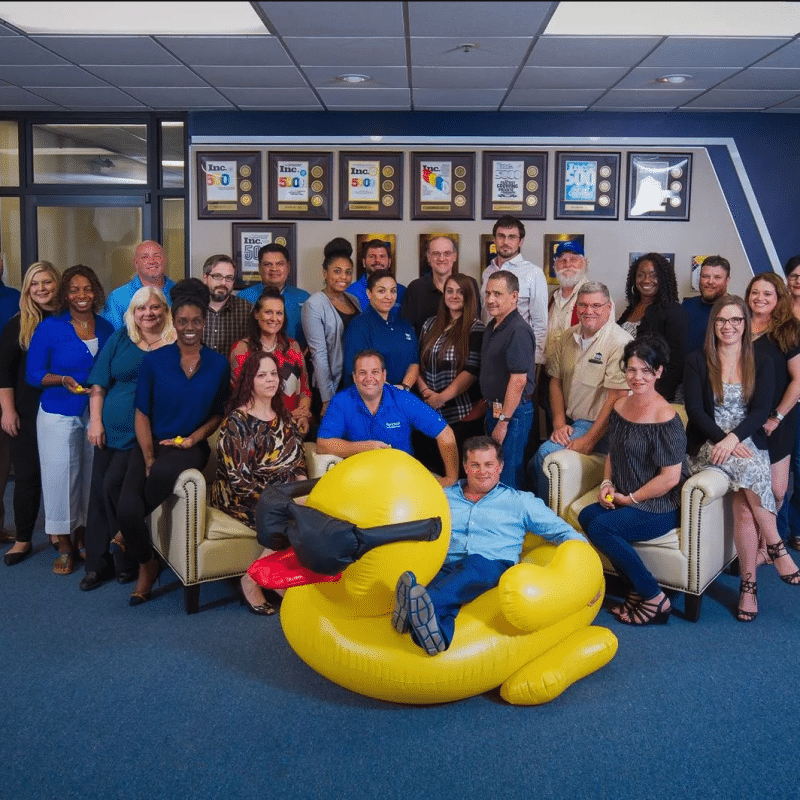 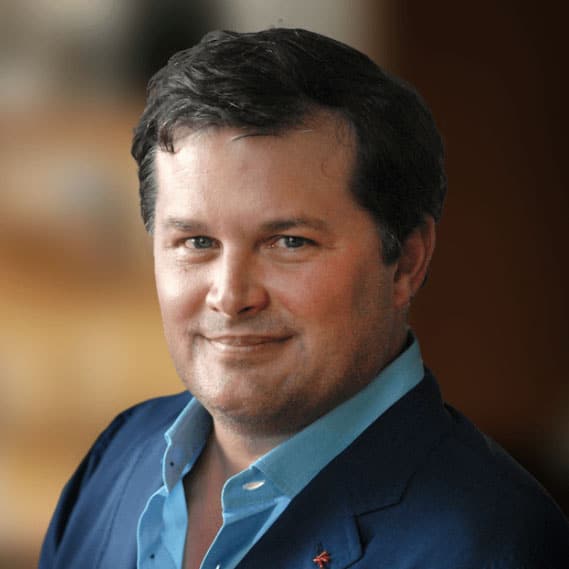 We would ignore the priorities set in planning meetings. Align was the missing piece in getting things done.

By all accounts, MaxHome was doing well. CEO Larry Closs founded the company in 2003 with just a single employee, believing he could offer more affordable and quality bathroom remodeling than the existing market.

It wasn’t long before Larry’s company became one of the largest one-day bath companies in America, and MaxHome expanded into the wider world of home improvement.

But Larry is always looking to improve, and MaxHome still had challenges.

For example, their attempts to scale the company were being thwarted by a high number of canceled contracts with customers. Internally, Larry said the team struggled to plan and communicate effectively across different departments. And don’t even get him started on the follow-through.

“Looking back, I’m afraid we were just a bunch of people talking about goals without accomplishing any of them,” he says. “We knew we had problems, but we didn’t have the tools to follow through on solutions.”

Larry was in a meeting with a cohort of CEOs when one praised a document they called their One-Page Strategic Plan.

The other CEO made one for him, and Larry reviewed it on the flight home. He says that’s when things got weird.

“Some guy next to me is looking over my shoulder and asks, ‘You follow Scaling Up’?

“I said, ‘I don’t have any idea what you’re talking about!’”

Larry’s nosy neighbor explained the One-Page Strategic Plan is a key component of Scaling Up, a book and methodology compiling the leadership and management principles thought to make John D. Rockefeller and his Standard Oil one of the great success stories in American business history.

“I got home and started reading the book, and then I had my team read the book,” Larry remembers. He says the One-Page Strategic Plan and Scaling Up helped his team develop a strategic planning process, specifically by creating and prioritizing tasks that could help them hit longer-term goals.

But something was still missing. Larry says he loved the One-Page Strategic Plan but complained it could be unwieldy at times. “It doesn’t really lend itself to tracking things. That’s what we really needed.”

Today, MaxHome’s annual revenue is $40 Million and they’ve grown to 170 employees across offices in New Orleans and Houston. They service homes from Corpus Christi, Texas through all of southern Louisiana and they’ve received national recognition for the speed of their growth, as well as for providing a culture and business at which employees love to work.

“If we had only used Scaling Up or the One-Page Strategic Plan,” Larry says, “I don’t think we could have accomplished what we have. Align was the missing piece.”

What Can Align Do That Excel Spreadsheets Cannot?

When MaxHome began implementing the One-Page Strategic Plan and Scaling Up, they thought hard as a team to create priorities that would transform their business. But what tool did they choose to track progress toward those priorities?

“First, we tried tracking in an Excel spreadsheet,” Larry admits, echoing the first attempts of many CEOs wanting to implement Scaling Up, “but that was a mistake.”

He says the spreadsheet was good for showing what the Big Goal was, and who was ultimately responsible for it, but that Excel wasn’t a good tool for breaking out the 30 interdepartmental tasks that needed to be accomplished to achieve that goal. Even more significantly, it couldn’t provide real-time visibility on whether those tasks were completed or not.

“Doing it in a spreadsheet just isn’t realistic,” Larry says. “Let’s just call it what it is. What are you going to have 170 employees updating the same spreadsheet every day? That’s unrealistic.”

Even if it could be done, Larry says updating the spreadsheet is only half his concern. He knows many companies resort to having an Executive Assistant populate Excel after meetings, but believes having his employees think through, discover, input and track what tasks need to be tackled to achieve a bigger goal is paramount to the process. And the spreadsheet, he adds, didn’t allow his team to interact with each other’s work the way Align does.

“I don’t think we actually accomplished goals and priorities until we started using Align,” Larry admits. “We would kind of, sort of get close, but we’d never finish them all the way. We’d get distracted by ‘shiny object syndrome’ and chase the next thing. It was holding our business back. It’s why we couldn’t solve issues like the cancelled contracts problem.”

1. Align allows MaxHome to see exactly where they stand on their main goals. Scaling Up and the One-Page Strategic Plan are great for helping companies create big priorities for the year and quarter. But to Larry and thousands of other users, it’s Align that makes it possible to achieve those priorities. Whether it’s his sales department in the office on their computers, or his installation team out in the field checking Align on their phones, Align’s software allows all 170 employees at MaxHome to view and update progress on everything from daily tasks to yearly goals in real-time at any moment.

2. Align allows employees to interact with their tasks. Larry notes that many companies who use Excel to track progress toward goals struggle to find a way to have all employees update tasks in one document. Larry believes having an Executive Assistant input next steps into a spreadsheet after meetings misses much of Align’s strength. “Every employee has priorities, and completing a single priority often means accomplishing dozens of individual tasks,” Larry explains. “Thinking rigorously about what those tasks should be, logging them into Align and making progress toward completing them is an invaluable part of the process that you lose if you leave inputting in Excel to a single assistant.”

With Align, Larry says MaxHome no longer was able to sweep problems under the rug or hide from promises. “We had to do what we said we were going to do. That includes our individual departments, our leadership team, and me.” Employees input their progress on tasks into Align every day, and if a task is red, it means progress is behind. Everyone can see it’s behind, but this isn’t a matter of micromanagement. In fact, Larry says it has the opposite effect. “Rather than constantly having to check in with employees and managers to make sure we’re on track, I can see it all on Align.” Employees input notes and progress during the day, and teams meet in quick Huddles every morning to discuss. If someone fell behind the day before, it’s no longer a huge deal. MaxHome employees see it within a day and someone pitches in to catch up. “It encourages us to solve our daily problems quickly, and as a team. That’s the magic of Align.”

“In our business, we go out and write new contracts with new customers every day,” Larry explains. “Over time a certain percentage of those contracts cancel. That’s going to happen sometimes, but we knew it was happening too often. If we could reduce that number by 25%, the effect on our bottom line would be astronomical.”

Larry met with different department heads, trying to identify a solution, but nothing brought down the rate of cancellations. “It wasn’t until we got on Align that we were finally able to make progress.”

First, Align forced Larry and his team to take their big priority – in this case lowering the rate of contract cancellations – and to break it down into dozens of smaller, quicker-to-resolve tasks. “We realized most problems don’t have one big thing that can move the needle,” he says. “Solving the issue requires a combination of 50 little solutions, but before Align we didn’t have the tools to coordinate a response to those 50 things. Align is great at that.”

Now the company could make implementing new phone protocols a task, and training on those protocols another task. Creating a better process for rolling out new products were a series of tasks, and how the marketing team communicated information about those new products was another. And this made Larry aware of another truth about solving big problems:

Larry realized the sales department couldn’t fix cancellations by themselves any better than the operations department could. It was going to have to be a problem every single person in the company prioritized. The MaxHome team created long-term goals around reducing cancellation numbers and designed strong cross-departmental priorities every quarter that attacked another layer of the problem.

“Every employee had at least some tasks that addressed this issue,” Larry says, “and you could feel how unified the company was around finally solving cancellations. As each department and team member worked through one task after another, it was right there in front of us in Align every single day. It was evident on our phones and computers, and we talked about it each day in Huddles.”

Because every employee and department could see what was happening in other parts of the company, Larry says it encouraged cross-departmental conversations. “It gave us a forum that we didn’t have before to learn from one another and to ask questions. And it finally gave us a way to track the issue in a meaningful way across departments.”

With Align, MaxHome was finally able to address a persistent issue for the company. They reduced contract cancellations by 30% — a big win for their bottom line, company culture, and customer satisfaction.

Larry says solving contract cancellations is just one example of how Align has transformed MaxHome. He has similar stories of how it has changed his company’s culture, their relationship with their customers, their roll-out of new products, and much more.

“I can even relax on vacations again,” he laughs. “I used to call my managers constantly to check-in, but now I just spend a few minutes in the morning scrolling around Align and I know exactly what my employees are working toward.”

Align facilitates communication in other ways, as well. When an employee is having a problem, Larry can see it on the software and send over a helpful comment. When Operations goes to a training, someone in Marketing sees it and – if they decide it’s applicable to their work – can attend, too.

Larry says Align has even helped create one unified culture between his Houston and New Orleans offices. “The amount they’re able to learn from one another is worth the price of Align, alone,” he says. “If Houston is doing something New Orleans hasn’t done before, New Orleans can ask questions. If New Orleans is doing something Houston’s already done, Houston can offer advice. It’s incredible for transferring best practices.

“Could you do this all in Excel?” Larry wonders. “I really don’t think you can. And it’s all work Align does so easily. I’d recommend it to anyone.”