How Finding The Right Software Helped MaxHome Scale Up 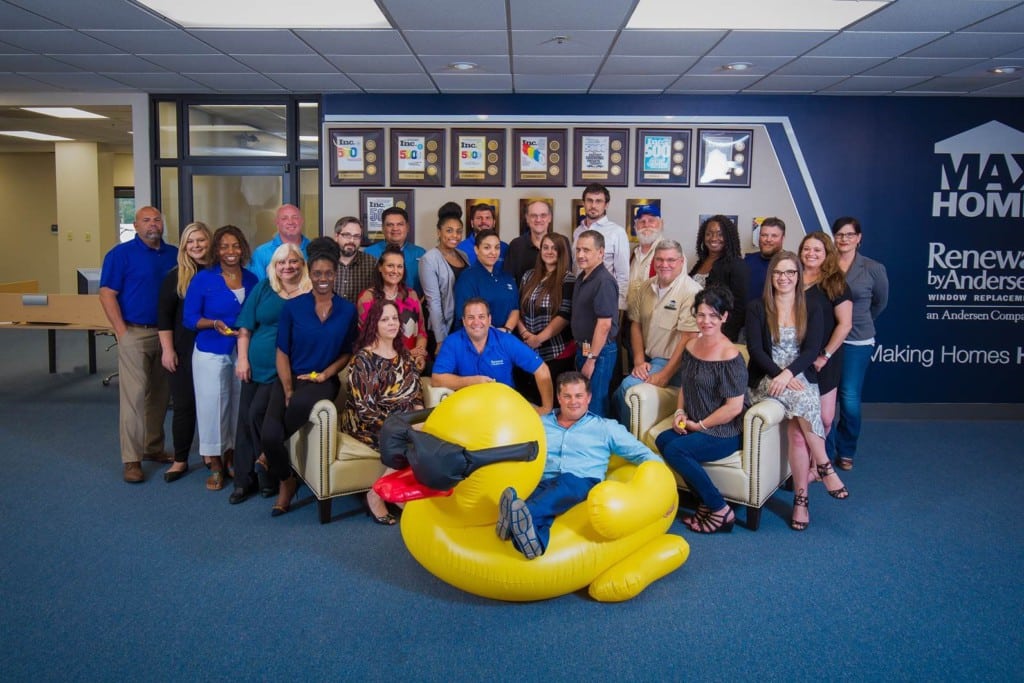 The Chief Happiness Officer at MaxHome in New Orleans is a little down these days. As in bored.

The home renovation company, whose mission statement is “to make everybody happy,” has, judging from annual sales, made everybody happy. Certainly customers who get a new bathroom in just one day. And certainly partners such as Home Depot and Walmart, whose trust in MaxHome placed their inventory in the homes of 12,000 additional people along the gulf coast in the past 12 years.

But perhaps the happiest person at MaxHome is Chief Executive Larry Closs, who has seen his annual sales increase from $8 million in 2012 to $30 million in 2017. The company grew from 50 to 130 employees in that same time.

A Petra client, Rockefeller Habits fan and Align software user, Closs has found that the key to keeping both clients and employees happy is the same: establish and accomplish clear daily priorities. The Rockefeller Habits, explored in Verne Harnish’s book Mastering the Rockefeller Habits, evolved into the Scaling Up system for growing a company. Petra is the international coaching organization dedicated to the principles of that system.

“In any growing company, staying focused on the daily deliverables can be a challenge. With each opportunity comes a new set of distracting possibilities that, if explored, could disrupt our ability to reach company goals and perform the work our clients hired us to do,” he says.

The tool Closs uses to create and maintain daily focus, Align, is based on the proven methodologies of the Rockefeller Habits. The Rockefeller Habits include morning huddles that last no more than 15 minutes, ongoing employee input, and transparent performance metrics among others.

“Align was the missing piece,” he says. “And it allowed us to get to the next level.” It wasn’t always that way. “Before Align, we struggled to hold people accountable,” says Closs. “We would ignore the priorities set in planning meetings, not breaking down the tasks needed to accomplish them.”

Although Closs was aware of Align, he did not use the software until he started working with Petra. Closs was skeptical. He wasn’t sure software could make a real difference in tackling the company’s challenges. He also wondered if it was worth the investment of time to train his team to use it. Having run out of options, however, he decided to give it a try.

He soon realized that the cloud-based software made it easier for team members to focus on agreed-upon priorities and reinforced their efforts by allowing them to see progress on those priorities in real time. During the daily huddle, the software saves time and limits distractions by showing what tasks are completed, and which ones are falling behind.

Closs also saw changes in how his team executed on key priorities. “For years we knew that we had to reduce cancelled contracts by customers,” he says. “We knew this would be a direct impact to the bottom line. We would try to make it a priority, but would always be distracted by things that would increase sales—it was sexier. Align forced us to look at the cancel number ever day and design priorities for the whole company, not just the sales department, that would help reduce cancels. Using Align, we stuck to it and reduced cancels by 20 percent in one quarter.”

Closs also found that Align has helped build better relationships on his team, which builds trust. “Align has made it easier for team members to help each other when they are struggling with their priorities,” says Closs. “Before Align, it was not clear when someone was struggling unless that person reached out for help—and that is not easy to do. Now Align lets team members see proactively when someone might be struggling and allows them to reach out and help each other.”

Align has been instrumental in the growth of MaxHome, says Closs. While Scaling Up provided a proven business operational model, Align provides the software to help run that model. “Align brings the final level of accountability to the scaling up system,” he says. Closs is a fan of the Align app, which allows him to check priorities, critical numbers and project updates on his phone and in real time. It is especially helpful when he is on the road.

No doubt, there are few things more satisfying during the work day than burning through your to do list. Especially if that list is color coded, at your fingertips and being reviewed by the CEO. “Getting in the habit of accomplishing daily priorities is a good thing. It produces a positive cycle which most companies would love to be part of,” says Closs.

Such productivity leads to empowerment. Empowerment leads to happiness. And happiness, at least at MaxHome, leads to one bored Chief Happiness Officer. And Larry Closs wouldn’t have it any other way.

This article originally appeared in the Summer 2018 issue of Scaling Up magazine and can be viewed here.