Technology is Changing Everything. Use it to Improve Your Company’s Culture. 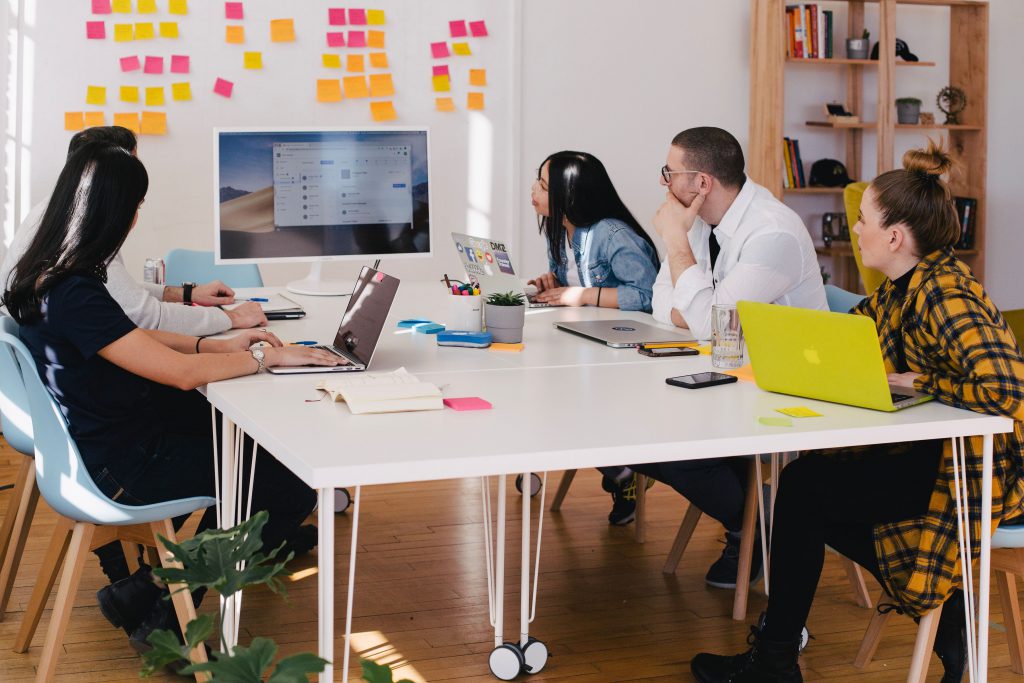 I’m pretty sure we all understand this by now: technology is changing just about everything, even our pace of life.  And we can see evidence of that wherever we look.

For example, yesterday I learned our pets will soon be able to talk to us.  And I’m not talking about “Ruff ruff” talk to us, either.  Soon my girlfriend’s dog will be able to say, “Hello, Matt.  My ear hurts. Please stop rewatching last night’s Game of Thrones episode for the fourth time and do something about this pain I’m feeling.”

I can’t decide if that example is amazing or terrifying (I’m leaning toward terrifying), but — point taken — technology is changing the way we live.

So I guess I shouldn’t have been surprised when I recently read an article in Forbes, written by Brent Gleeson, about the three ways technology is transforming company culture and employee engagement.

I’ve been interviewing users of Align’s strategic planning software to learn why they like it and how it is helping them advance their businesses.  What struck me most about this Forbes article is how closely it reinforced what I heard from them about Align’s impact on their company culture.

So — in a gasp of productivity before I fire up that most recent episode of Game of Thrones for the fifth time — let’s take a look at Gleeson’s transformational trio and some examples of companies who are living that transformation.

Gleeson bemoans that the data currently presented to employees is often too old and outdated to be acted on.  He uses the example of a floor worker in a manufacturing plant, noting that the data they receive is usually from several hours, or even days, old.

And I think his point is a good one: even if that information is useful in improving future work, it’s still deflating to receive a report about your failings and inefficiencies long after you’ve completed the task.  Fixing your work likely means going back and redoing what you’ve already done which not only lowers morale but also creates wasted time and efforts.

“The task,” he explains, “is to give each worker meaningful, live data.  Providing workers with powerful, accurate data will inspire workers to ask the right questions, solve problems, and, ultimately, create a more efficient workplace.”

That’s easier said than done, of course, but the customers I’ve spoken to have been clear that this access to data is one of the ways Align business software is helping them motivate their employees.

Ben Gootee, President and CEO of Gootee Construction, a New Orleans-area construction company, said Align doesn’t just allow his business to set a big strategic vision and long-term goals, but the business software also acts as a visual display for the shorter-term metrics that allow his company to arrive at those goals and vision. Gootee’s teams utilized Align’s KPI (Key Performance Indicator) Dashboard to track performance in real time.

Ben said, before Align, Gootee lacked a regular culture of follow-up.  “But having our priorities, tasks and due dates displayed on the platform for the entire team to see and share really invigorated members to action.  When it’s all written down on there, it kind of forces you to do the things you say you’re going to do.”

And when you do the things you say you’re going to do — and you can see others across the organization doing the same thing — it creates a sense of momentum that’s hard to stop.

On the other hand — if there is a hold up for some reason — everyone can see where the delay is in real time and work together to correct it immediately, instead of waiting until the next day or shift, or after the next planning meeting.

Gleeson’s article goes on to draw a connection from that real-time actionable data to a culture of transparency and accountability.  “It’s time,” he writes, “to give each member of the plant floor access to all workings of the plant floor, all the way to the c-suite.”

And I think that connection is pretty evident in our Gootee example.  When employees have access to real-time information, it’s not just that everyone in the organization is given a broader view of the company’s daily and longer-term workings (transparency), they’re also more motivated to stick to their deadlines and empowered to fix problems — both their own and their team’s — as they arise.

Ben said, before using Align strategic planning software, his team only met to discuss goals approximately once per month.  In part because of that, the company never met those goals with the speed they’d hoped for.

Part of working with Align, however, means implementing the good business habit of a regular meeting rhythm including daily check-ins known as “daily huddles.”  Daily huddles were an opportunity for individual teams to remember the big strategic priorities Gootee was aiming at, and then break down their own work into individual, assignable, bitesize tasks.

“All of a sudden we had attainable steps toward achieving our longer term goals.”

These tasks could be logged into Align — along with an owner — and during the next day’s daily huddle, teams could exercise accountability by doing a very quick check-in on them.

“It created a culture of knocking down one domino at a time,” Ben said, “and that’s how you hit a goal.”

That speaks directly to Gleeson’s third way technology can transform a company’s culture.  “A company culture is built when every single employee’s job is essential to the whole.” He believes — and I agree — that workers feel valued when they are trusted with access to information, challenged with decision-making responsibilities, and feel accountable as part of a team.

The power of Align strategic planning software to help build this kind of culture was evident when I spoke to John Birchfield, who was the CEO of DSi, an innovator in the legal field before he sold the company for more than twice what other companies in the same sector were being offered.

“When it came time to sell our company,” John explained, “one thing that set us apart, in the eyes of investors, from other companies, was the buy-in of our employees.  That’s something Align allowed us to monitor in a regular and transparent way.”

John pointed to two Align strategic planning tools that helped lift DSi’s culture. The first was the One Page Strategic Plan, which allows company leaders to share its vision for success with the entire team.  That allows each employee the opportunity to understand how their daily tasks fit into the company’s priorities.  “And that alignment,” John said, “was pivotal in lifting our company’s morale.”

The second tool was the Employee Net Promoter Score (eNPS), which gave John and the rest of DSi’s leadership team the ability to measure the engagement of their employees.  They learned that by ensuring workers’ voices were heard in daily huddles, by allowing them to see exactly how their work tracked to company goals and by creating a culture of accountability and daily focus, the satisfaction of their team was increasing.

When it came time to sell the company, they were able to persuasively use the eNPS to show the high level of engagement and satisfaction of their many team members, as well as how each understood the relationship of their work to the organization’s larger, long-term goals.

John likes to say, “You’re going to have a culture, no matter what.  The only question is whether that culture happens by default, or by something you define.”

Letting it happen by default is obviously much easier, but chances are you’re not going to like the result.

Making the effort to define and implement a company culture is certainly more challenging, but with the aid of technology, it’s within our grasp!  Strategic planning software like Align can help you get there.

Looking for software that can improve your company’s culture and get everyone on the same page for success?